In this blog post I will describe how to record audio transmitted by an AES67 compatible device to disk of a computer, using Open Source command line tools.

AES67 is a standard for sending high-quality audio over an IP network. Like many other professional audio standards, it is specified by the Audio Engineering Society.

Rather than creating a whole new competing standard, AES67 specifies how existing internet standards can be used together in the context of professional audio. Some of the standards it is based upon are:

While there is an ever-increasing number of commercial products that support AES67, there is not very much Open Source software or information. I am hoping to start changing that by writing about it.

I decided to buy a Glensound AOIP44, as a reference implementation for my open source AES67 experiments.

So why did I choose to buy the Glensound AOIP44 over other products?

By default, Dante devices use a proprietary protocol and can only communicate with other Dante devices. However, on newer devices, it is possible to enable AES67. The following steps are what is required to set up an AES67 multicast stream.

Select the AES67 Config tab and change the AES67 mode to Enabled. You will need to press the Reboot button after enabling it. 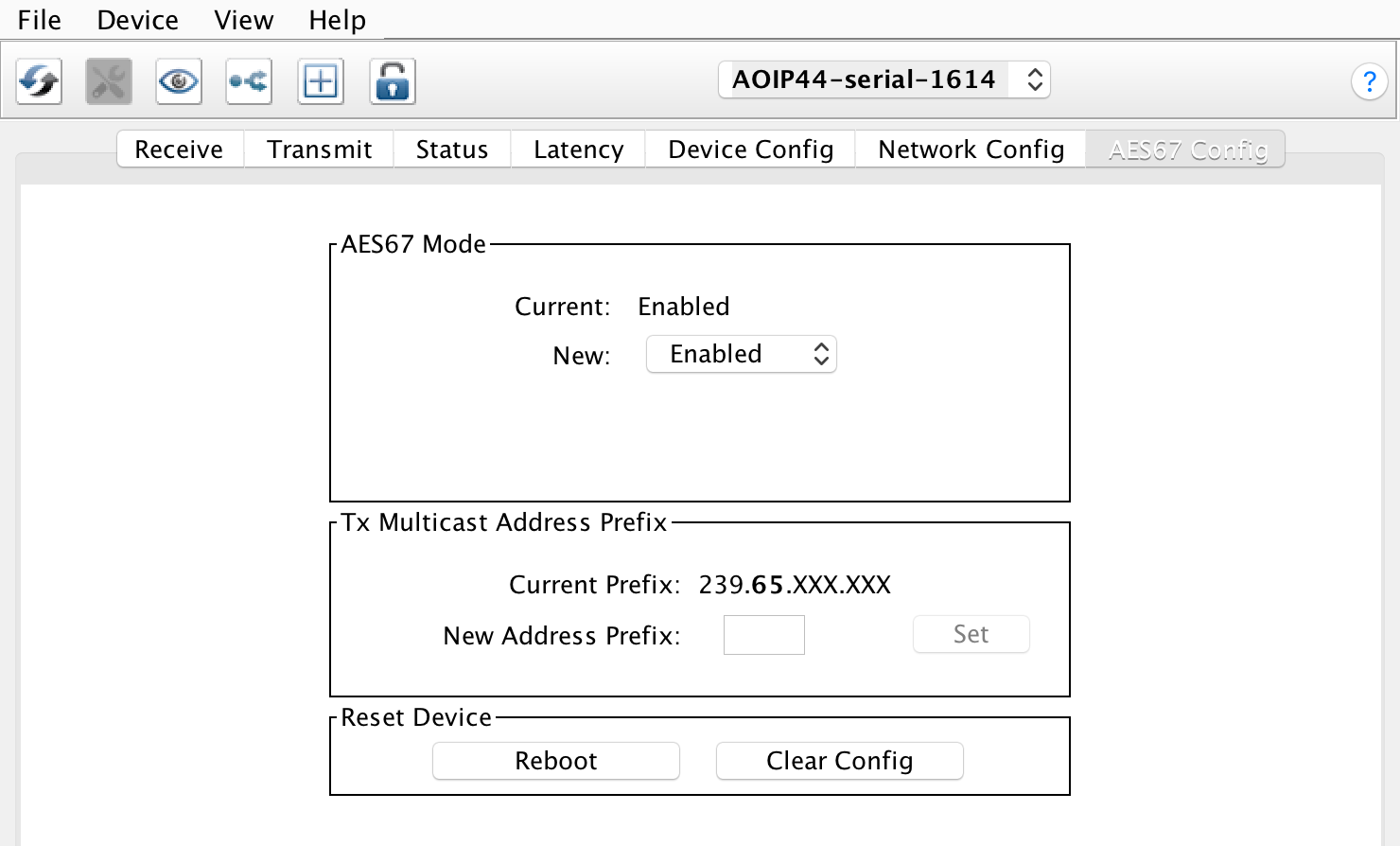 After the device has finished rebooting, the next step is to create a Multicast Flow. This can be done by selecting the Create Multicast Flow menu item in the Device menu.

A dialogue box will pop-up, allowing you to choose the Channels that you would like to add to the Multicast Flow. You must also tick the checkbox to make it an AES67 flow. 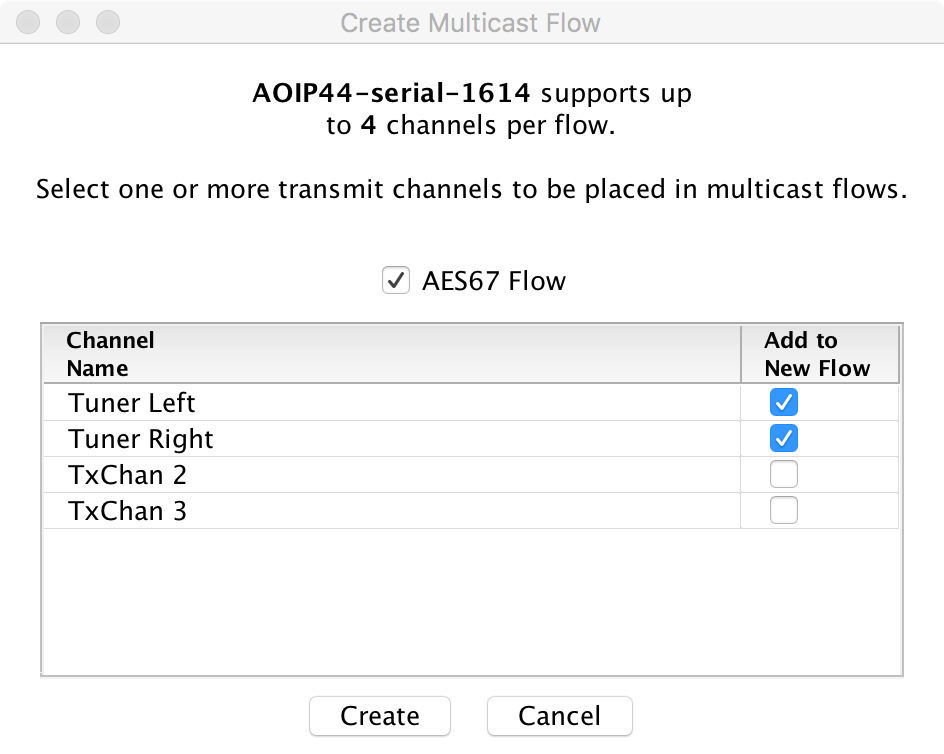 At this point, the RTP audio packets will start being sent out of the network port. If you have a dumb switch (that doesn’t support IGMP snooping), then those packets will be being sent to every other port on the switch.

Under the Transmit tab, you should now be able to see the Multicast Flows that have been set up. Make a note of the multicast IP address that the AES67 flow is being sent to (it will be in the format 239.x.x.x). We will use this when recording the stream.

We are going to use two different command line tools to record the RTP stream:

Both these tools can be installed on Mac OS using Homebrew:

Sox can be installed on Debian/Ubuntu using:

RTP Tools for other operating systems are listed on the downloads page.

First we are going to verify that we are receiving the stream correctly. rtpdump will print a very rapid stream of output, displaying one line showing the parameters for each RTP packet received:

The multicast address 239.65.125.63 is the address that the audio is being sent to. This is the address shown in Dante Controller under the Transmit Tab of the Device View. The port 5004 is the default port to send RTP packets to and is recommended as part of AES67. I had trouble recording with my laptop because it had two network interfaces. Disabling Wifi allowed me to receive the multicast stream.

Next, we are going to record the RTP stream to disk:

The -F payload option specifies that only the payload part of the RTP packets (the audio) is written to the output file. -o specifies the filename to write the audio to.

The output file is just the raw audio, with no wrapper/metadata to explain to other software the format of the audio. We are going to use the sox to command to convert the raw audio into a Wav file:

Rather than running the commands separately, you can instead combine both commands together using a Unix pipe and write directly to a Wav file:

Or you can play the stream through your local sound card using:

Over a decade ago I was working on a Multicast Audio Streaming Toolkit (MAST). It would be fantastic to bring it up to date and working with AES67.

I have also written an AES67 Open Source Software Wishlist.